Sometimes, it can be fun to be spontaneous. Earlier this month, I saw an announcement for another Ectocomp at IntFiction.org and came up with an idea for an entry. EctoComp has interested me since I began making my first work of interactive fiction, but the time constraint of 3 hours was completely unrealistic to me as I was just starting to learn how to use Inform7 and creating Hallow Eve.

19 days later, I sat down with a piece of notebook paper filled with notes and map scribbles I had jotted down from random ideas since then, and wrote the game using Inform7 in just slightly over two and a half hours. This barely allowed time for a very helpful play-tester to spend about 30 minutes or less on it to give me any feedback on bugs or grammar and only 15-20 minutes left for any bug-fixing and improvements. 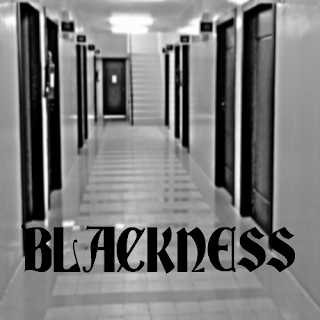 I don't want to go into the details of the game yet other than sharing the cover for it above and the fact that the game is short given the time constraint of its creation. Also, I hope people enjoy playing it as much I enjoyed making it. After the competition is over, I will have a website link for it here to play and download the source code. Speaking of source code, I realized that I have not yet released the source for Lunar Base 1 yet. I will try to get to that soon as well.