Today I was on the IFDB and did a search for the term "dream", looking for other games within the "interactive dreaming" theme. On the second page of the search results I came across a game called Dreadwine by Eric Eve. Dreadwine was submitted to a small competition that I had never previously heard of called IF Dreams. I decided to play all 3 games in the IF Dreams 2006 McDream Minicomp to see how they compare with how my newest interactive fiction project.

All three games in this competition were quite different from each other in terms of how the games flowed. I found The Retreat by J.D. Clemens to not feel very dream-like at all. In contrast No Famous by Erik Wennstrom felt almost too dream-like in ways. Dreadwine by Eric Eve was sort of a middle ground between these two extremes. Playing these definitely gave me a few things to think about with my own WIP.

Note: There may be a spoiler or two in the paragraphs below regarding these three games.

Nothing that occurs in this game strikes me as anything that couldn't just as believably happen in the physical real world. The introduction to the story tells of some great apocalypse that is coming and essentially everyone is doomed. So now, you've been invited to party away your last living moments over at some guys house that you only vaguely know.

There are many NPCs with a lot to say, and talking to them normally made the story progress. The party continues until your impending doom approachs closer, forcing you and NPCs further into the party house. There was no twist for me at the end. No surprise. Nor did the ending give me any more reason to believe that what I just experienced was dream. Perhaps the dream that inspired the author to create this game was realistically vivid?

This story begins in a café where you are accompanied by two NPCs. A bottle of foreboding wine sits on the table, and there is talk of something very strange and diabolical happening. It is soon that you realize that you had best escape this town as soon as possible to prevent meeting the same fate as the other citizens. Phrases such as "...it's strangely quiet for so crowded a spot" and the fact that other NPC encounters are "almost as insubstantial as ghosts" add an eerie and dream-like feel to the environment.

There are fourteen total rooms. Only a few of those (as far as I can tell) really drive the story. There may have been more I could have done with the boat, though I couldn't convince my female companion to get in the boat with me after pushing it into the water. This game ends in an obvious 'wake-up' from the dream. There weren't a lot of abstract occurrences in the story to make the game more dream-like, but the dream itself apparently inspired the author to write a good story.

This game certainly did not lack an element of abstract dream-like strangeness. In fact, it actually over-does it a bit in my opinion. Right off the bat, I sense that I'm in a seriously wacky dream. I'm dealing with the presence of trolls, and I'm in the forest ready to ride a dining room table over rushing water with my sister. After making my way to a river bank, there's an elevator door here which feels completely out of place (the way many doorways in dreams can quite possibly be). All of this is reasonable to me, until I enter the elevator. I wasn't mapping this as I went along, but I'm pretty sure that effort would have been for not. Am I naked in a school? Naked in my own house? An airport? It's hard to tell because the game seems to tell you all of the above at the same time.

The goal of this is to get yourself to wake up after performing a few actions in the dream. References are made about realizing you are impossibly many miles away from where you should be and general disassociation, both of which I can relate to in personal dreaming. The 'dream within a dream' concept was a bit much for this game, as it involved more looping through the same locations that you aren't even sure that you are actually standing in.  I would say that out of the three games, this one is the closest to being a sort of "dream simulator". Unfortunately, there isn't much of an aspect of story-telling at all and that the mechanics of the game were a bit overly confusing for the effect of the simulation. 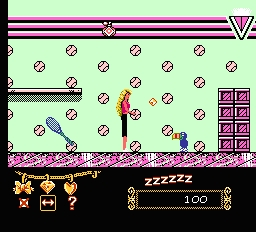 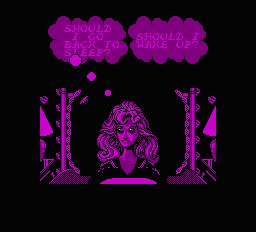 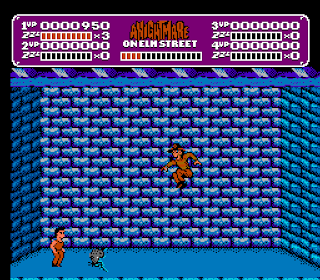 Right now in the development process of Interactive Dreaming, I'm almost through the prototype and planning stage. I've shifted more towards actually producing content for the game (although some of the images used are place-holders for now) while polishing the general design framework of it, including the conversation system. Although I intend for the first installment of this game to be rather short, it will probably end up being a non-competition release unless the timing is right. This way, I will take plenty of time to polish and test things.
Posted by Jizaboz at 8:47 AM 4 comments: