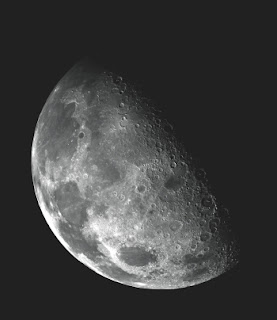 After some consideration and plot changes since the initial concept, I am now discarding the "working title" of the new sci-fi interactive fiction game and settling on naming it after one of the main locations within it. I felt that using the word "stranded" within the title has not only has been done before with other games, but also it encroached on the plot itself a bit much. Why assume that the player will even be stranded at all?

Originally I stated that I probably wouldn't enter the game into any sort of competition. I later had second thoughts after really getting into the development of the game and it becoming more than a short experiment. The game itself though is still quite short compared to the time investment needed for playing Hallow Eve to completion, too short for Spring Thing 2012, which I missed the deadline of putting in intent to enter anyway. Perhaps it will be entered into the next IFcomp if it is well received by the beta-testers. Lunar Base 1 should be sent out to beta testers within the next couple of weeks! If you are interesting in being a beta tester, please leave a comment or contact me through my website.

I would also like to thank everyone that gave me input on my last blog discussing the colors of the moon. It helped me feel a lot more comfortable with the words I put down in my descriptions.
Posted by Jizaboz at 10:00 AM No comments: