In a couple of more weeks I should have the next round of beta testing for Lunar Base 1 in the email boxes of the testers. What's taking me so long? Well, a couple of things (excuses). The first being that I had a rather lengthy to-do list after the first beta test. Another has been a lack of free time lately due to doing stuff for my 2nd job in web production / programming. To make matters even worse, a co-worker at my first job sustained an injury at home that put them out for a few weeks. Guess who had to do their work while they are out?

A slew of bugs and bad grammar was to be expected with the first beta test. However, there were issues in the story pointed out by some that did come as some surprise. The main complaint is that the story (especially the ending itself) is too open-ended and too vague. Initially I felt defensive about this. I not only wanted a feeling of emptiness and eeriness during the player experience, but I also wanted to leave some large chunks of the story completely up to the imagination and interpretation of the player. Perhaps I was falling into a trap that is frequently used in modern science fiction. As one fellow interactive fiction enthusiast describes this trap, it is that basically a lot of modern science fiction doesn't even try to explain most things. This has been a big complaint with the new movie Prometheus. 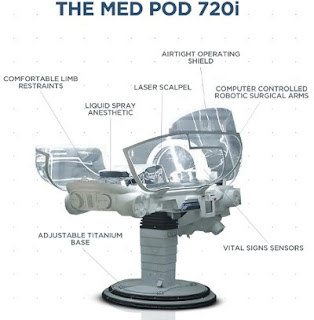 Med Pod from the movie Prometheus (2012)

I did really enjoy Prometheus, but I can definitely see where others have complaints. I had a few of my own. Perhaps the fact that I haven't even cared to see a modern movie in a theater or Drive-In going on about five years now and expecting an extreme let-down was a factor. I won't list all of my nitpicks with this movie as others have. I'll just say that I didn't expect to know every secret of "the engineers" or even David the android. My gripes were with the completely illogical behaviors of the human characters and at one point wondered about infection in one of my favorite scenes from the movie, the Med Pod scene.

It's kind of humorous to me now, but I remember a week or so before seeing the movie I actually thought to myself "Wow. I hope this movie doesn't have some crazy earth-shattering plot that ties other planets and Earth to each other. That might influence how I complete my sci-fi game." In the end, it did influence me to do something with my endings... to write them in a manner that lets the people know what actually happened in my story. 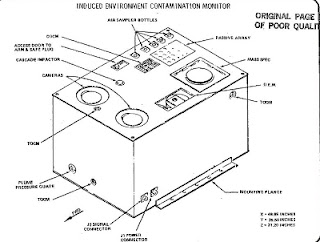 Originally, I had apprehensions that telling all would drive some people away from the weird ideas and explanations I had in my mind as I wrote the story for Lunar Base 1. Now, I'm actually doing that with the next version as I expand on the only "good ending" and create another or two. Also, I'm adding more "logical stuff to do" such as introducing the device above.

If anyone who missed out on round 1 of testing Lunar Base 1 would like to be included in the next round, just leave a comment with your email or send me an email to jizaboz (at) hotmail.com .